VIAVI XPERTrak and ONX in DAA

In HFC networks you have to install hardware in the headend for sweep testing (e. g. VIAVI SCU-1800) which generates the necessary RF signal. As in DAA networks is no RF transmission between headend and node, there is a new method for sweep testing. As you can see in the image below, XPERTrak on the RCI server communicates with the remote PHY device, which then generates the RF signal for testing. There is no need for sweep hardware in the headend anymore.

The measuring process for the technician remains the same and can be carried out as usual with the ONX. 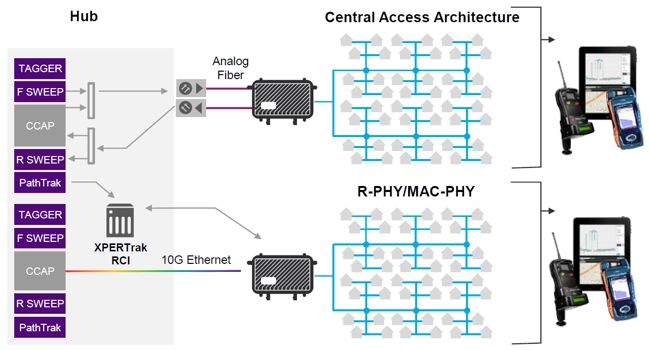 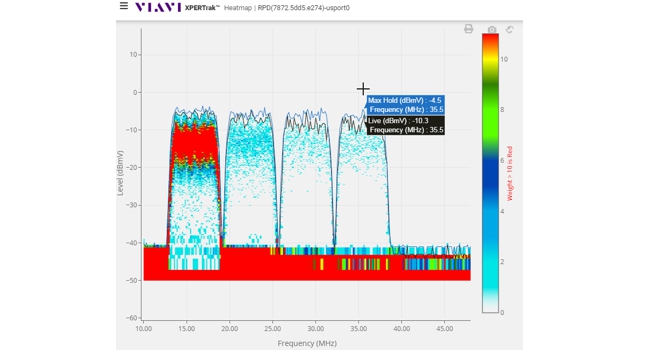